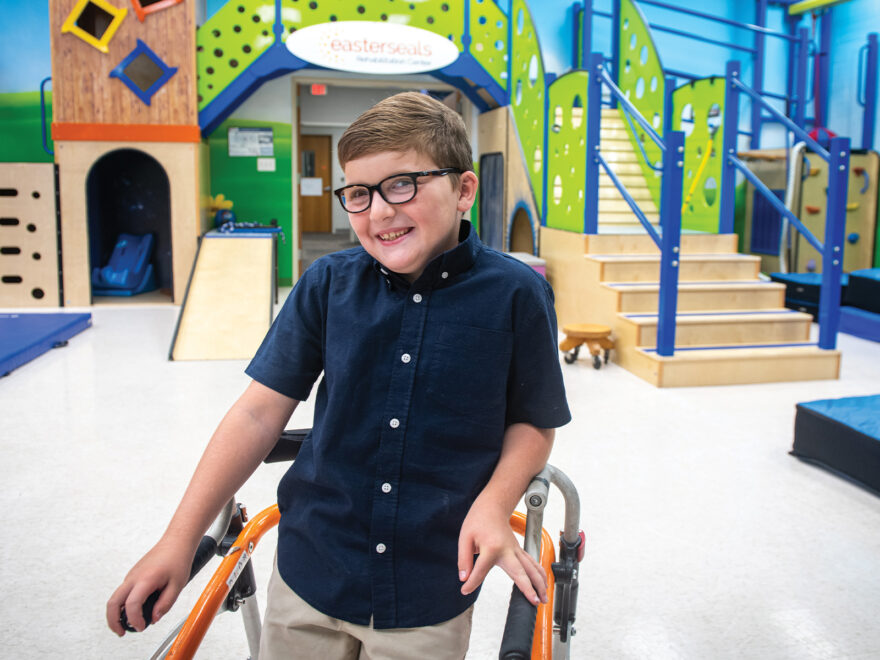 “By sharing his story as Easterseals Ambassador for 2022 Charlie and his family are helping speak for thousands of children, many of whom can’t speak for themselves. Charlie is doing a fantastic job representing everyone we serve. His positive attitude is inspiring and it makes him fun to be around” says Kelly Blandford Schneider, President and CEO of Easterseals Rehabilitation Center.

“He is the 1st ambassador from Henderson,” adds Libby Joyner, Charlie’s mother. The adorable boy with big brown eyes and glasses smiles and radiates enthusiasm. When asked why he thinks he was chosen as ambassador he proudly claims, “I’m a hard worker and have a good attitude.” Libby adds that he maintains a positive attitude daily. “He is the happiest kid I’ve ever known. I don’t remember the last time he had a bad day. He’s always smiling.”

Despite his sunny disposition, life has been physically challenging for him. Libby shared the trials he faced beginning with his premature birth. Knowing he had intestinal complications during pregnancy was compounded by his early entry into the world. “My water broke at 30 weeks. The doctors think he had a stroke sometime during labor. That caused the cerebral palsy.” Charlie’s little body was stiff and unmanageable. “His legs were so stiff I had a hard time even getting him in his car seat.” Thanks in no small part to Easterseals, the young man has exceeded all expectations. Regular therapy, as well as, sheer determination has pushed Charlie along his way to physical restoration. “When we first started at Easterseals he was three years old. We brought him in on a board. He couldn’t walk at all. Because of the therapy he gets there, he is now mobile.” On this day he briskly walks with a walker to where he needs to go. His next step, which he is currently working towards, is to move from the walker to canes. “I’ll be able to walk faster with canes instead of this thing,” Charlie exclaimed “I’ll be able to do more stuff. Fit in more places.” Libby adds, “and not run over my toes!” However, his goal is to walk without any assistance at all. Charlie, a student at Spottsville Elementary, also has an aide there, Alexa Young, who assists him and will remain with him throughout his high school career.

What’s Next for Charlie

There isn’t much that keeps him down. He sets lofty goals for himself and works hard toward achieving them. Charlie aspires to one day be able to walk on his own well enough to play soccer. He recently participated in a soapbox derby. Already knowing what he wants to be when he grows up is yet another sign of his confidence and resolute attitude. A mechanic. His mother said he has had a lifelong obsession with cars, trucks, boats, and tractors. His father, Randy Joyner, teaches him the skills needed to work on a motor until Charlie is old enough to graduate high school and get certified in the trade. “He is a daddy’s boy for sure,” Libby says while Charlie is smiling ear to ear. Charlie will be attending the upcoming Frog Follies event on behalf of Easterseals, which as one may assume, he is over the moon with anticipation. “He loves any kind of motor. He always takes apart everything and puts it back together,” his mom shares, adding that he and his dad are “big buddies” with their love of cars. Charlie has an older brother, 12-year-old Trey, with whom he says he likes to “play and fight” which garners a nod and laughter from his mom.

Charlie doesn’t feel offended when kids at school ask him what is wrong with his legs. “I just tell them that my legs don’t work the same way yours do,” which he says is normally a sufficient answer. In fact, Charlie doesn’t mind speaking to anyone about his disability. “I don’t get nervous when I talk in front of people.” Libby contributes his outgoing personality to one of the reasons he was selected as ambassador.

Easterseals depends on community support including donations to operate at the level of excellence they require. Please visit their website at www.eastersealsrehabcenter.com, then search the Evansville location for more about this organization and information to donate. 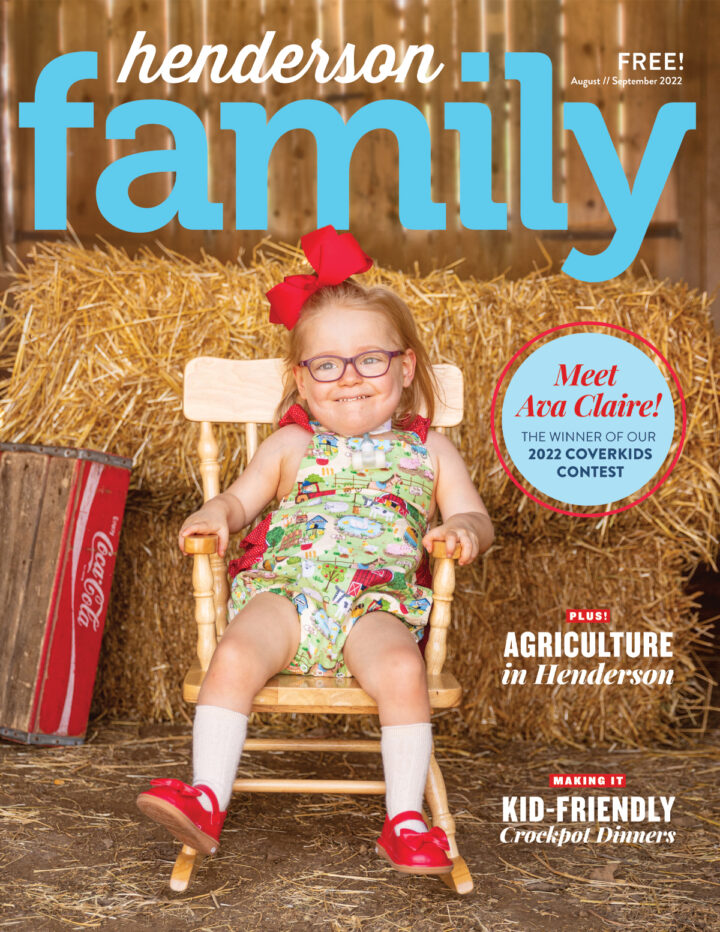