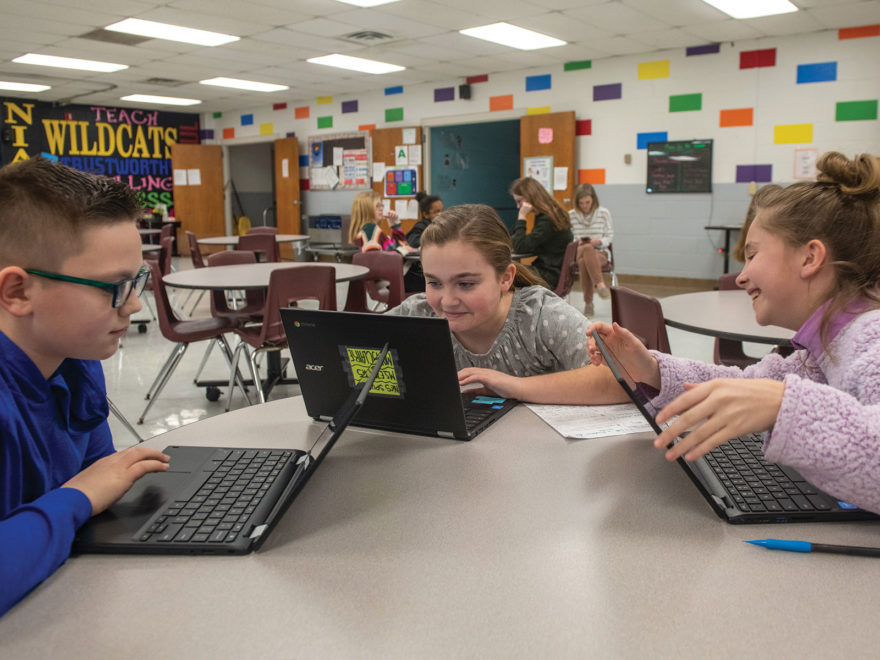 Discovering the Cultures that Make Up the People of Henderson

Did you know that there are people from many different cultural backgrounds living in Henderson? Well, there are! Our class had the privilege to learn about the Indian culture. After researching some interesting facts about the country, we had the opportunity to interview Mrs. Smita Patel, a resident of Henderson, whose parents are from India.

Our class has been excited to have learned so much about the Indian culture. To begin with, they have very cool and interesting holidays in India. One holiday is Diwali, the festival of lights. It is a spiritual holiday that centers around light being stronger than darkness. Diwali is celebrated on October 28th every year. Another holiday is Kite Day. On this day, people gather together and fly kites in January. In March, they celebrate a day of thanksgiving. Food is an important part of the Indian culture. Smita told us that, “We eat a lot of fried foods like rice and curry.” They also eat a bread type food called Puri. Another part of life in India that is important, according to our interview with Mrs. Smita Patel, is their national sport. They play a game called Cricut. This game is like baseball, but their bat is flat and they wear shin guards when they are batting. Because of a twelve-hour time difference, the people that follow their native country’s national past time, but live here in America, must get up at crazy hours to watch the games on television. We learned about some really cool parts of Indian culture. It seems like an awesome country.

Our class was very excited to have had the chance to interview Mrs. Patel. Smita told us how she came to Henderson on a 16-18-hour flight when she was 4-years-old. Some of the challenges Smita says she faced growing up were trying to balance her family’s traditional values and wishes with her life in Henderson. Her parents wanted her to remember her native language, while Smita wanted to speak the same language as her friends. Smita does say “I love both the American and Indian culture.” When someone asked Smita “If you could change anything in the United States, what would you change?” She replied, “I would change how different people are treated. Someone shouldn’t be treated differently because they’re elderly, or of a certain race, gender, or where they are from. I think people should be respected for who they are. A person is a person, no matter who they are. We are all the same on the inside.” It hasn’t always been easy for Smita to balance both of her cultures, but she loves her life in America. We are lucky to have such a diverse population in Henderson. We get the chance to know people from all over the world that have cultures and ideas that are new to us. Neighbors like Smita can be found right here in Henderson, Kentucky. That alone makes our little town a truly special place to live in.

The Hispanic culture is really fascinating, but there are many people in Henderson who may not know much about it. Our class at Niagara Elementary got an opportunity to interview a young woman whose parents are from Mexico, named Maria. I believe people in our area would be interested to know about the Hispanic culture represented in our city.

The Hispanic Culture is a very interesting culture, with many wonderful traditions. One tradition they keep is “The Day of the Dead.” They celebrate this day, once a year, in honor of loved ones who have passed away. Henderson actually had their first city celebration of this last November. It centered around family and different parts of the hispanic culture like language and music. Their music includes the sounds of mariachi bands. These are traditional Mexican bands that use violins, guitars, and trumpets for a unique sound. Through our research, we also learned that Mexico is known for its sports. One sport they are particularly known for is bullfighting. This event has been popular in Mexico for over five hundred years. Many Mexicans, like Maria’s family, also enjoy and follow soccer, which in Mexico is called football. The Hispanic culture was very intriguing to learn about.

After researching the country, we got to speak with Maria. It was really nice because we thought she was very fascinating and informative. Before Maria was born, her parents moved to Henderson. They moved to Henderson because Maria’s aunt found a job opportunity for Maria’s dad. Maria shared with us many things about her family and their life here. When asked about any common misconceptions she could think of that someone might have about Hispanics in our community, Maria thought for a moment and then answered, “Maybe when people are talking in Spanish, ninety-nine percent of the time they aren’t talking about you. They’re just having a conversation. The person or people they are speaking to may feel more comfortable speaking their native language.” They may naturally just speak the language they use at home. It’s the same as if we went to Mexico, and they thought it was rude for us to be speaking English. Growing up in Henderson, Maria has seen the population of Hispanic citizens here increase. This has also led to more people embracing the culture like how the city celebrated the “Day of the Dead.” Maria is happy about that!

In the Hispanic culture, there are many wonderful things to learn about. We enjoyed participating in this project to get to know more about it. This was a very enjoyable and informative experience for our classmates. We hope we have been able to enlighten our community about some awesome neighbors from a fascinating culture!

Wow! Did you know that we have neighbors from Romania living right here in Henderson? We, Niagara 5th graders, participated in a project-based learning opportunity to learn about the Romanian culture. During our research, we also got to interview Minu Sharma, a citizen of our little town who is from Romania. Her family recently purchased the Niagara Store.

Our research showed us that the Romanian culture is very interesting.  We learned about their traditional and modern clothing.  Although most Romanians wear modern style dress in the present day, traditional clothing is still worn in the remote parts of the county. The styles start out with white shirts, trousers, and skirts, usually decorated with colorful and embroidered scarves. The Performing Arts is very important to the culture of Romania, as well. Folk music, dance, and theater are very popular forms of expression there. Also, one article we studied states “Romanian films have won several awards globally.” Finally, Romania is interesting to us because they play American sports. Some sports they play are football, basketball, rugby, gymnastics, volleyball, and handball.  Modern Romania has many similarities to modern America, but definitely their traditions are rich and deep.

We had an opportunity to ask Minu about her life in Henderson. She grew up in Romania, and has lived here for about four years. Her family came to America to begin a business. While living here, her family celebrates their native cultures while also enjoying some things American culture has to offer. One tradition of Romania that her family keeps has to do with the household. Minu says in Romania, people hang good luck charms in their house as a traditional “ luck of the house” symbol. It is a big bottle stuffed with decorations that sits on display.  Sometimes keeping Romanian traditions here in Henderson can be a challenge. Minu said, “I am trying to have and to make the holidays exactly the same way I celebrate them in Romania, but there are lots of things I can’t find here that we use back in Romania, so I always search for something similar or something to replace it with”. Her family runs a store in Henderson, as well as the one down the road from our elementary school.  Minu runs the store for her father and has many ideas about how to make it a great business and better meet the needs of the people in the Niagara community. We asked Minu to share what she likes the most about serving the Niagara community. She replied, “People are nice and they try to make you feel familiar with them. That is one of the most important things when you make a business somewhere. You want to create a peaceful environment, make people happy with your service, and develop good customer relationships.”

This project was a great opportunity to get to know a new neighbor of ours and learn a few cool things about her culture. All Niagara 5th graders had a chance to reach out into the community, and take on some responsibilities that were new to us. We had a great time getting to know about Minu’s life in Romania and her new life here in Henderson. 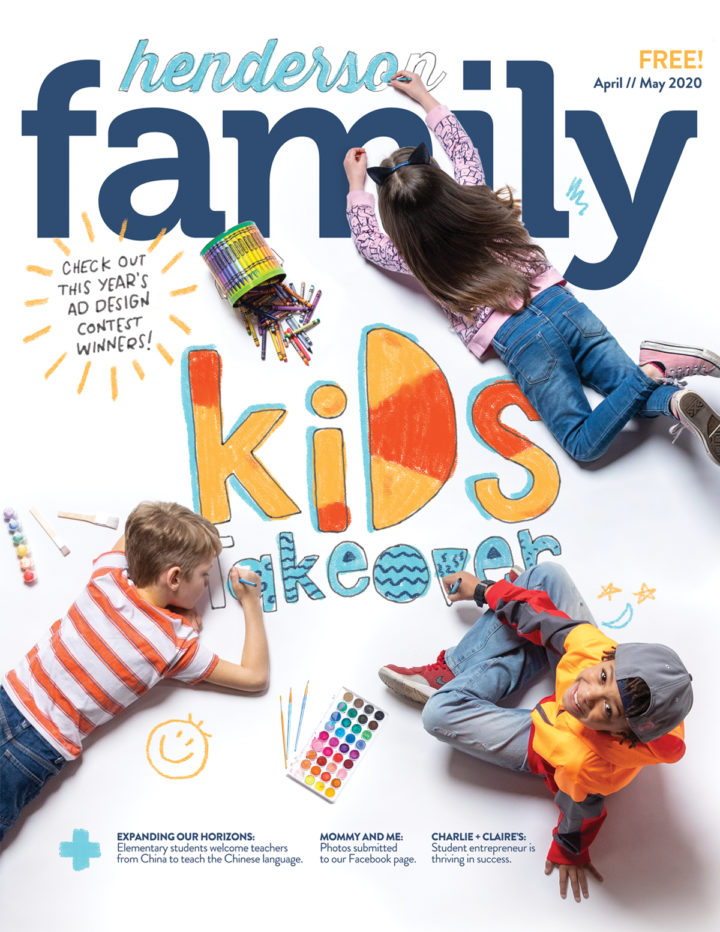