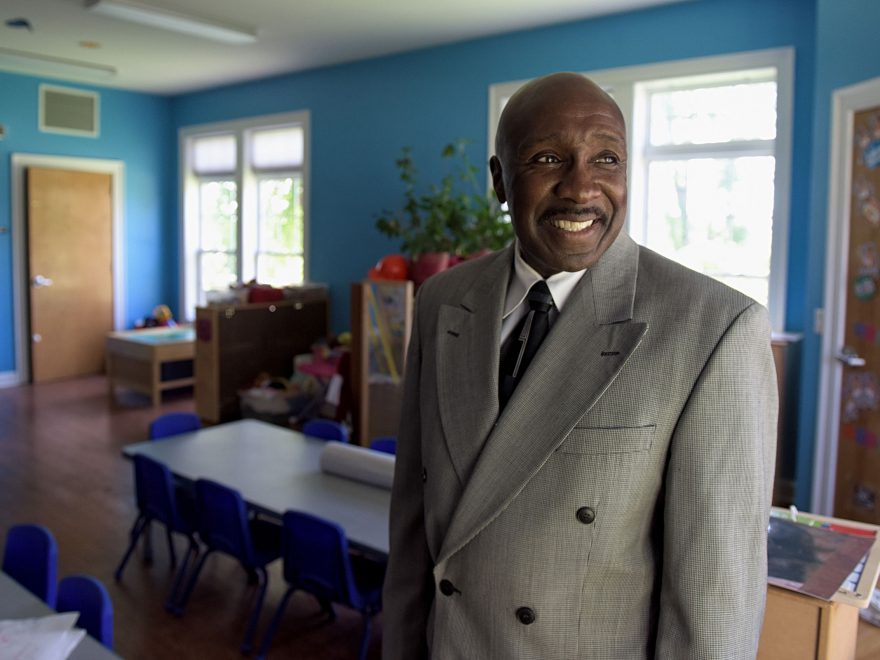 Lawrence Butler believes Henderson is a jewel, and he wants to bring the facets together Sept. 17 to demonstrate how it shines.

He knows about the need for light because he struggled as a teenager. His father wasn’t around when he was young, and his mother was financially unable to raise him, so she turned him over to a grandmother in Western Tennessee.

“Growing up I was disadvantaged,” he said. “A lot of children out there in the community are just like me. What I’m hoping to accomplish is to change the lives of as many young kids as I can – give them something I didn’t have as a child.”

That’s why in 2009 he founded Backyard Games of America, in which he and his wife, Catherine, take in high school students who are also struggling. The idea is to provide a stable environment and teach them such things as archery, shooting, boxing and basketball.

But Butler wants Backyard Games to do even more, which is why the organization is sponsoring a “Yes We Can” parade Sept. 17 to celebrate not only Henderson’s diversity, but also the goodwill of Henderson’s residents in maintaining good relations with those who are different.

He watches the news and is disturbed by reports elsewhere of racial unrest and violence.  “There are a lot of problems,” but Henderson has largely escaped that fate. “There’s a lot of diversity in this community. I think law enforcement and people in general have done a great job. Everyone should be commended on how well we’ve worked together here,” Butler said.

“I’m just thankful to be living in Henderson. It is a super place to live.” The parade aims to make it better by raising money for Riverview School, which is a preschool for children with special needs.

What I’m hoping to accomplish is to change the lives of as many young kids as I can.

The entry fee for floats in the parade is $100. Upscale vehicles will pay $25, while regular sedans or SUVs will pay $15. Butler wants to encourage participation of classic vehicles, so those with antique license plates will incur only a $10 entry fee.

The parade will begin at 10 a.m. Sept. 17 at Fifth and Main Streets, travel south on Main to Washington, east on Washington to Elm, and then north on Elm back to Fifth.

“We want everyone to show that they’re blessed,” that they are not in need, like the children he wants to help. “I’ve always said in life you’re going to be one or the other – a giver or a receiver. I would rather be a giver. I thank God that I’m in a position to give to these children.”

He stressed that he is attempting to cast a broad net in terms of diversity. The event is not limited to race, but also inclusive of different religions and sexual identities. “All of God’s children are welcome. I am not a person who judges. Anyone under God’s umbrella is welcome to this parade.”

He said his own rough start in life turned out to be a blessing, and he hopes others will see their lives the same way.

“When I turn around and look back, I see that God was positioning me to be where I am today. There’s not a bad thing that happened in my life that there wasn’t something positive come out of it. I’m so thankful to God that I can do this.”

Butler wants the community to look at itself and see the riches of its diversity. “It’s not only black, white, Hispanic – everyone has played a major part.”